3 Truths No One Tells You About Biodegradable Plastic Bags
October 8, 2017
Uncategorized
BY
Georgi

Are you under the impression that by reusing the biodegradable plastic bags from supermarket as trash bags you’re helping the environment?

Well, biodegradable trash bags aren’t as simple as what you think.

DO NOT MIX UP BIODEGRADABLE WITH COMPOSTABLE.

Let us break down the definition:

What is Biodegrable Bags?

Supermarkets distributes biodegradable plastic bags telling you to reuse the bags and you feel really good reusing them for trash. Or you choose to buy biodegradable trash bags rather than normal trash bags Who doesn’t want to help the environment, right? 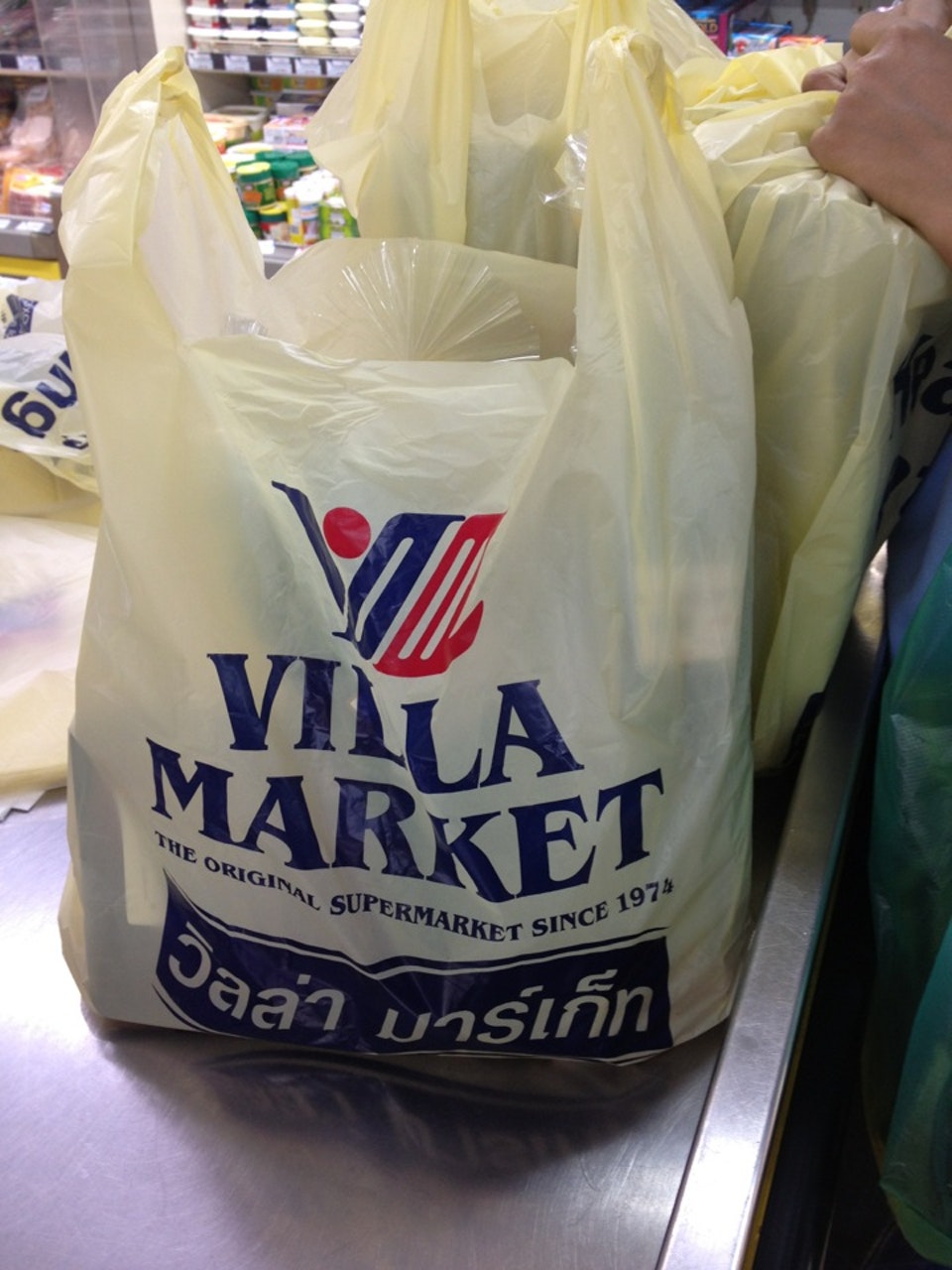 If you’re like me, you’ve preceded your purchase of biodegradable bags with a well-intended thought process that goes something like this: If I buy this bag, my trash will magically go back to nature – an ashes-to-ashes-dust-to-dust sort of thing – which makes me happier than imagining it rotting in a landfill. Not exactly how it should be.

But what your mother never told you because she didn’t know – is that biodegradable trash bags are anything but the environment’s friend.

Here are three reasons why:

1.
Biodegradeable plastics cannot biodegrade if they are buried in the landfill or left in the sea.

In fact, the Environmental Protection Agency (EPA) requires landfills to block out air, moisture and sunlight which are the crucial elements for proper biodegradation.

According to Jacqueline McGlade, chief scientist at the UN Environment Programme, who told the Guardian that these biodegradable plastics were not a simple solution in the sea too.

“It’s well-intentioned but wrong. A lot of plastics labelled biodegradable, like shopping bags, will only break down in temperatures of 50C and that is not the ocean nor landfill. They are also not buoyant, so they’re going to sink, so they’re not going to be exposed to UV and break down,” she said.

There has been a lot of confusion surrounding these ecofriendlier plastics—some of it intentional. “This word ‘biodegradable’ has become very attractive to people trying to make quick bucks on it,” explains Ramani Narayan, a professor of chemical and biochemical engineering at Michigan State University, who helped develop biodegradable corn-based plastic. Some companies, he says, are making conventional plastic that degrades quickly and then throwing around claims about biodegradability that are unproven or just too good to be true.

That means that if your bag is like most “biodegradable” bags, after filling them with trash, tied them up throw them away, picked up by the sanitary workers and trucks, transported to the landfill, buried in the landfill, will stay as the plastics bags you see and changes NOTHING.

And while some companies tout having a biodegradable additive (a special film) on their biodegradable bags that lets them decompose completely, that claim has been challenged in court and still lacks consensus. 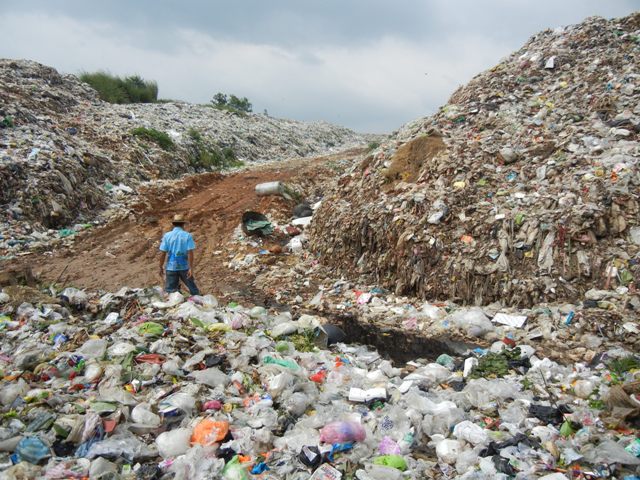 2.
Biodegradable plastics typically can’t be recycled with other plastic items.

A 2007 study which evaluated two brands of oxo-degradable and hydro-degradable bags, indicates that neither type of bag are perfectly compatible with the traditional plastic grocery bag recycling stream, which is typically low-density polyethylene (LDPE).

They are related to those little numbers you see on plastic bottles. 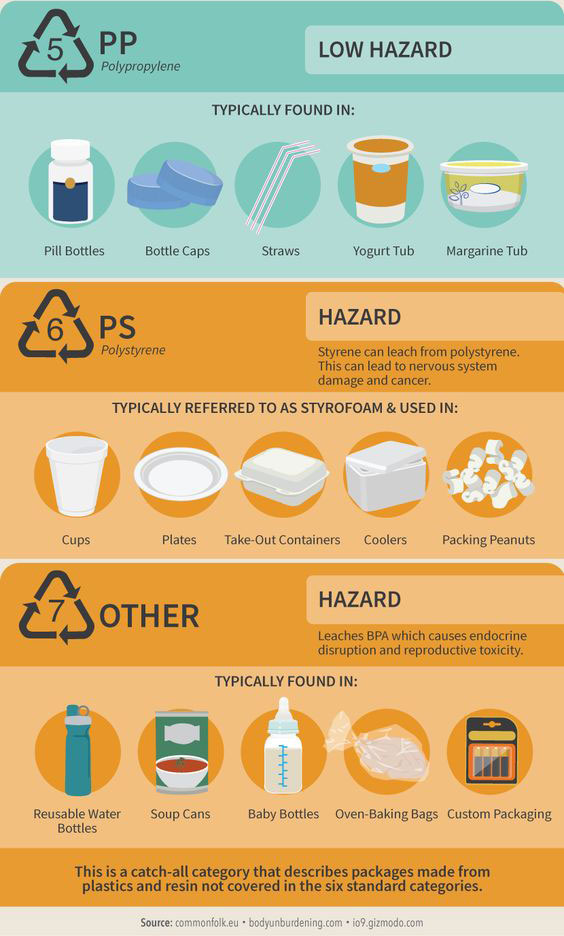 A No. 1 and a No. 2 can be recycled together, but throw in a biodegradable bag – a No. 7 plastic – and you’ll contaminate the whole “recyclable” load.

“If a No. 7 plastic is mixed in and melted down with plastics labeled No. 1 or No. 2, it would contaminate the entire load because the chemical make-up of biodegradable bags are so different.”

It’s like washing a bagful of white clothings and there’s a little dark blue knickers hidden somewhere among them. You wash them in 90C and out comes you ‘natural’ blue stains on all your whites.

3.
Biodegradable bags can harm the environment.

Yes, you read that right. When biodegradable trash bags wind up in landfills, decomposition happens at a much slower rate than if the trash were exposed to air, light and moisture.

Usually, nothing biodegrades in a landfill. But if biodegradable plastics do break down in this oxygen-free environment, they’ll emit methane, a greenhouse gas 23 times more potent than CO2.

As a result, methane gas gets released into the atmosphere. In fact, pound for pound, methane contributes 20 times more to the greenhouse effect than carbon dioxide over a 100-year period.

What about Oxo-biodegradable bags?

The Thai Bioplastics Industry Association is being urged to clarify its stance on whether oxo-biodegradable plastics known as “oxos”- should be termed biodegradable, as they are by some supermarket operators.

The difference between oxos and biodegradable plastics are not clear among the public, said Wolfgang Baltus,the senior project manager with the National Innovation Agency.

Ittipol Jangchud, a lecturer at the King Mongkut’s Institute of Technology’s Lat Krabang Faculty of Science, said true bioplastics degrade without leaving residual fragments.
Oxo-biodegradable plastics, however, are still conventional petroleum-based plastic with a small quantity of additives that initiate degradation.
“Therefore, oxos are not biodegradable as they are fragmented or disintegrated into smaller pieces by sunlight, oxygen or microbes. Although they are eventually degradable, the process is very slow, taking two to five years compared with bioplastics taking six months,” said Mr Ittipol.

Dr Baltus said that it was easy in Thailand to find oxos plastics described as true bioplastics, which in his view is incorrect. “You can find the oxos plastics described as biodegradable in major supermarkets and shopping malls such as Siam Paragon and Villa Market,” he said. “There is still some confusion in the market from both sides, but under current conditions we should avoid the use [of the term] because we are not sure whether it is biodegradable or not.” The issue is important for plastic bag producers as other bioplastics are twice as expensive as oxo-biodegradable ones.
“We need commitment from the Thai Bioplastics Industry Association (TBIA). It is very important that the TBIA in Thailand make a clear statement regarding its position on a definition of oxo-biodegradable plastic,” said Dr Baltus.

Somsak Borrisuttanakul, the president of the TBIA, said the association did not support oxos. “We support bioplastics that are compostable, in that they should turn into fertiliser within 180 days.Other countries are starting to oppose oxos because they have a negative effect on the recycling system,” said Mr Somsak.
But most department stores in Thailand use oxos because they are cheap,while some manufacturers do not completely understand the term, he said.

TBIA honorary president Phietoon Trivijitkasem said the TBIA’s standpoint is solely to promote compostable bioplastics, which have worldwide standard certification, whereas oxos have been widely criticised in Thailand.
“Oxo-biodegradable is very unsafe for open waste dumps or the unsealed landfill systems that are commonly used in Thailand,” he said.

So, what can an eco-minded person like you do?

In other words, you can’t just throw a biodegradable trash bag on your compost pile and think it will decompose. It can’t; the temperature won’t get hot enough. But compostable trash bags will turn into compost over time. As to why that’s important, it comes down to the knowing the benefits of composting.

One of those benefits is compost’s ability to reduce greenhouse gas. That’s right: Compost can actually help soil absorb carbon. An article on the natural-health-focused website, Mercola.com, referenced the Marin Carbon Project as an example of how composting breathes life into the environment. 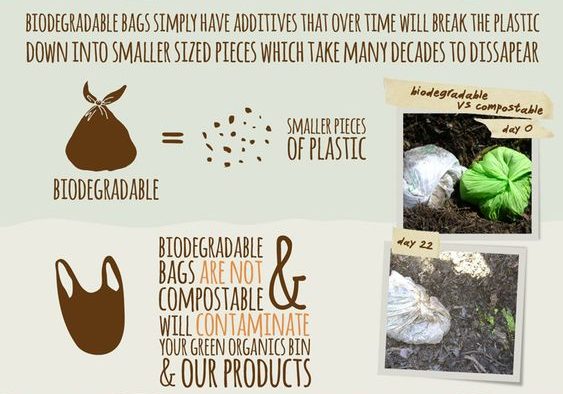 Think about that. That’s a heck of a lot better than throwing your food scraps in a biodegradable bag, only to later learn that they’re boosting methane gas emissions.

In Thailand, we generate 520 million plastic bags garbage a day and 10 millions come from convenience store. That’s about 6 times of world’s perimeter. And when it comes to plastic bags, less than five and forty percent gets recycled and managed properly. 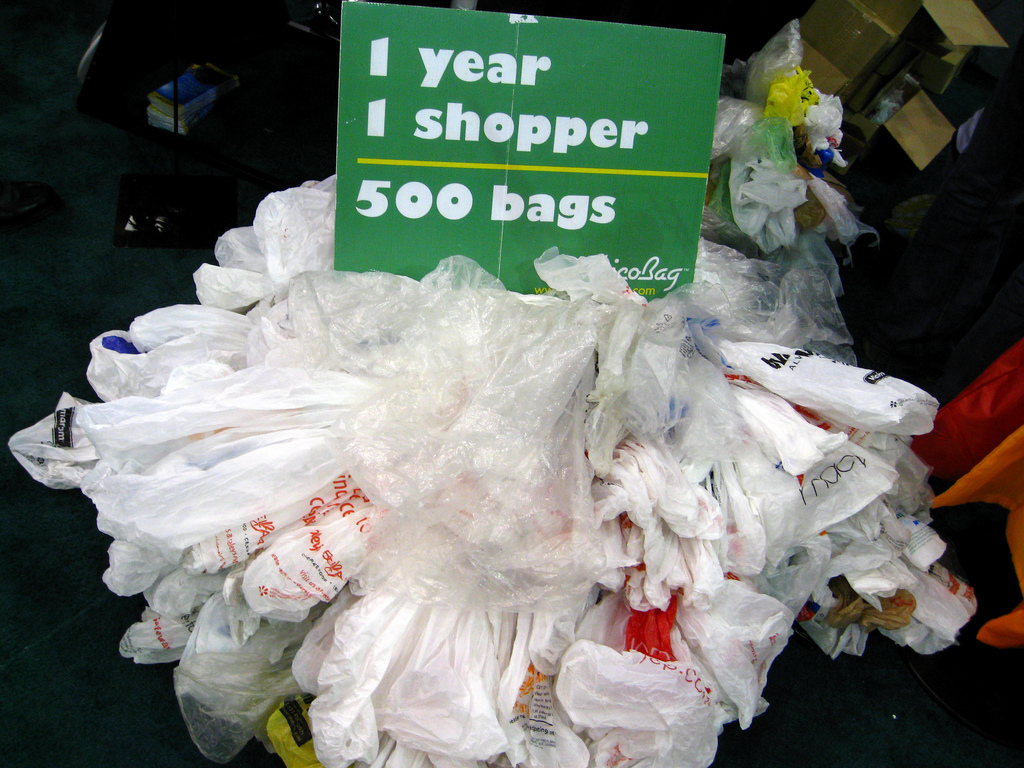 The only solution. Make the change NOW. Every single person makes an impact to the environment.

Attached below is a video on the types of plastics by 1 million women:

Credits: Certain part of the article on oxo-biodegrable is extracted from the article ‘”Oxo” bags trouble bioplastics industry’ of Bangkok Post written by NANCHANOK WONGSAMUTH.

Georgi has lived in Thailand on & off for almost 7 years now. French, born and grownup in Singapore, she has always believed that sustainability is the solution for the future. Having lived in several developed countries, she devotes herself to create more awareness on simple sustainable lifestyle for Thai locals and foreigners living or visiting Thailand.